Tara discovered energy healing after having a series of inexplicable panic attacks.

She went to the doctors and did test after test but the doctor never found anything.

She was doing all the right things. She was exercising and eating well. She had a great marriage. They had plenty of money.

She hoped that things would get better, but the attacks got worse. She developed acid reflux and was unable to get food down. She wasn’t able to sleep.

Meanwhile, the doctors kept piling on more and more pills but nothing was helping.

She feared that she wouldn’t be able to take it anymore. What if one day she lost it and left her kids behind? What if she was stuck suffering like this for good?

Out of desperation, she agreed to try energy healing at the suggestion of her mother-in-law.

Much to her surprise, she actually started healing and experienced a personal transformation.

Tara became obsessed with energy healing from that point on.

She thought, “This has worked so well for me… what if it could work for other people?”

She started helping her friends and family who were struggling.

Then she started a podcast to help get the message out. She started working with more people one-on-one.

But even with her best efforts, she was never able to reach anymore than 30 people a week with her one-on-one sessions.

She thought it wasn’t fair that only herself and twenty people a week could access these tools.

She knew she was good at what she did, but she just didn’t know how to let everyone know about it.

Using Russell’s strategies, she was able to take her knowledge and her voice and turn it into a business that allowed others to use the same tools she had and change their lives.

Now she’s created a movement and has people coming into her Energy Clearing academy every day and using the tools to change their lives.

Get your free copy of  Expert Secrets today. 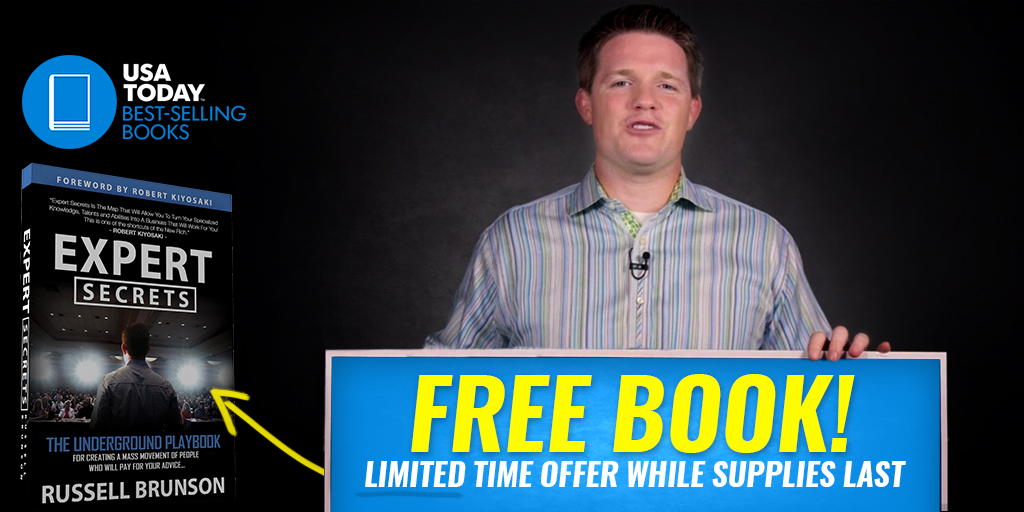